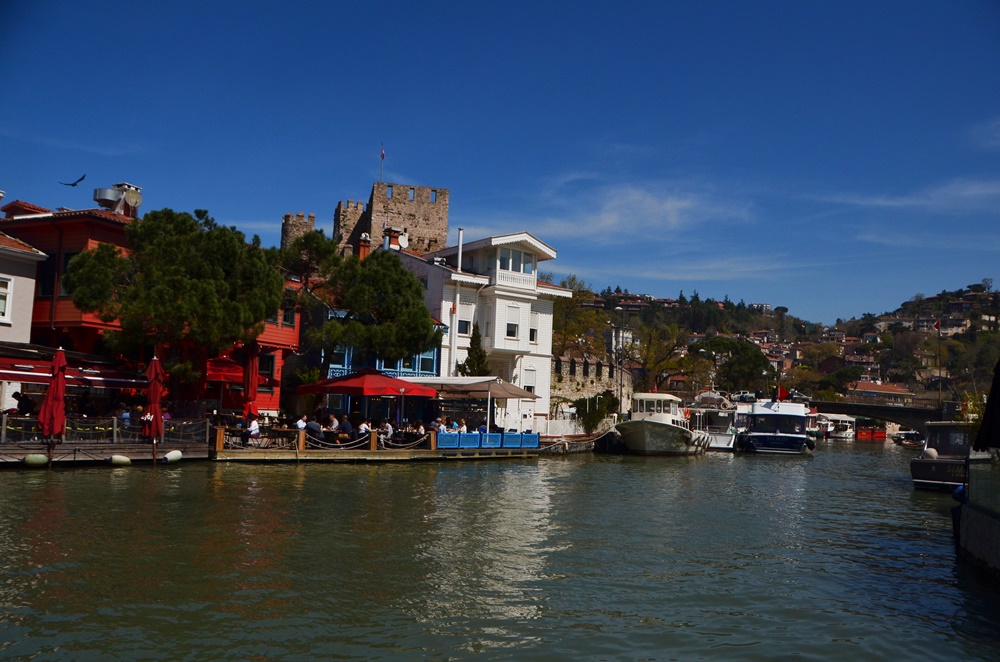 Anatolian Fortress  ( Anadolu Hisarı as written in Turkish) is located on the Asian side of Istanbul which is a very unique small village of Anatolia by the Bosphorus shoreline.

The village got its name from the fortress which was built here in 1394 by Ottoman Sultan Bayezıd 1st, who was called as The Thunderbolt, to pass safely with his army from Asia to Europe.

This lovely village has beautiful sights to see at your visit. Such as the creek of Göksu reaching to Marmara sea, the iconic Anatolian Fortress and Küçüksu Pavillion.

Here I always feel as if the time had just stopped in era of late Ottomans. So follow my local walking tour at Anatolian Fortress to find the spirit of living in Istanbul. 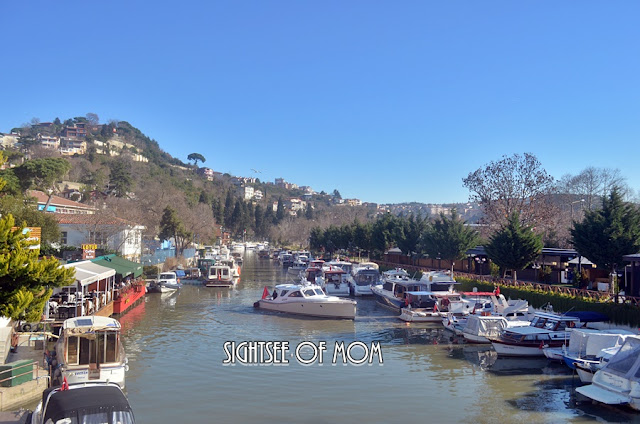 
The Göksu stream reaches the sea of Marmara at Anatolian Fortress. This is the first location you can sightsee with children where you can find banks, narrow walking paths along the creek. You can also enjoy a boat tour on creek with the beautiful view of Bosphorus.

In the older times people use to come here to enjoy the boat tours and held festivals in those days. I believe it had to be so fun that the Ottoman Empiror ordered a Küçüksu Pavillion construction so that he could also enjoy the picnic festivals. Nowadays it is not so exotic but more peaceful where you can enjoy a good day by Bosphorus with family.

Local mom tip; There are cafes and restaurants along the side of Göksu river where you can have traditional Turkish breakfast with your family. 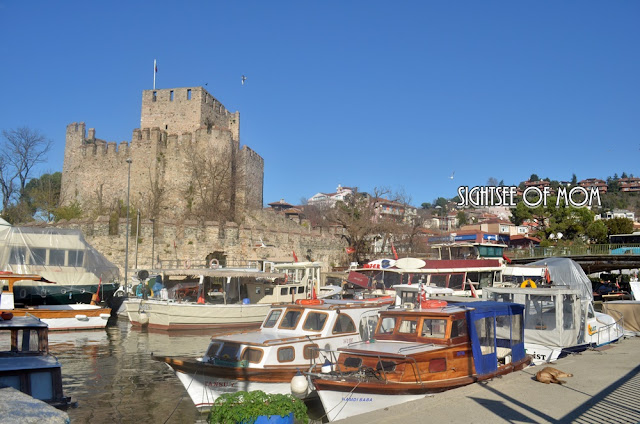 
The Fortress is situated at the narrowest point of Bosphorus for controlling the trafic of sea for preventing the attacks from Venice and Genoa at the Ottoman era. It is one of the oldest Turkish style building in Istanbul. Sultan Mehmed 2nd had reinforced the fortress's walls by thickening to 2 metres with three watch towers.

After the conquest of Istanbul by Ottomans the fortress became as military prison. Through the centuries the fortress damaged, by 1993 it was restorated by The Turkish Ministry of Culture. After than it was opened to public use, however there is no permission to enter and see the inside.

Today Anatolian Fortress creates a picturesque with the ancient wooden houses along its walls by the creek named Göksu River. Just at this intersection you can see the 2nd Bridge of Istanbul and just at the opposite side  of shore Rumeli Fortress is located. Therefore Anatolian Fortress village is a popular spot for locals of Istanbul.

There are colorful old style Turkish wooden houses standing in front of Anatolian Fortress by the Göksu River. They look very cheerful with lovely gardens of cafes and restaurants nowadays. 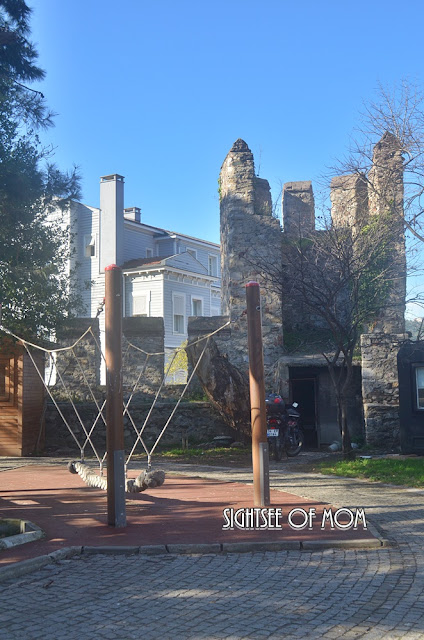 Even the fortress had been restorated, it is not allowed to enter.  So what you can do is enjoy the historical sight with playground with your kids.

As you rested at the park, now it is time to walk down to Küçüksu Kasrı (Pavillion) and have breath of Bosphorus weather. 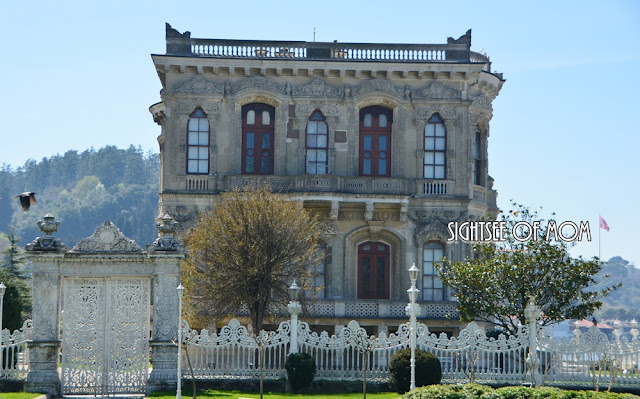 
This is the last stop on your sightsee in Anatolian Fortress village. As I explained before, the Ottoman Sultan Mahmud 1st loved the nature around here so much he ordered a two storey timber palace to be built. The pavillion had been also used by Sultan Selim III and Mahmud II later on.

The palace commissioned by Sultan Abdulmecid and reconstructed by the architects in neo baroque style which had been completed in 1857. The palace is surrounded by cast iron railings unlike the usual palace gardens which are protected by high walls. The basement reflects the traditional Turkish house, however the halls and other rooms had been decorated by Vienna State Opera designer.

In the Republican era the palace had been used as guest house, in 1945 a restoration had been held. Since then the palace is open to public as museum with entrance fee of 10 TL for tourists. 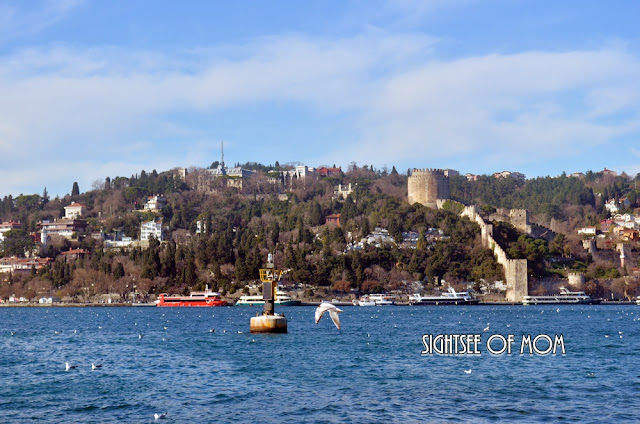 The Palace is closed on monday and thursdays for public entrance.

Küçüksu Palace appeared in the James Bond film "The World Is Not Enough" as the mansion of a woman in Baku. The palace also appeared in popular Bollywood film Ek Tha Tiger.

So do not miss the chance to see a uniq Ottoman Pavillion which had taken place in a Holywood film! Just think about it ;) Kids love that hey!


Where To Eat at Anatolian Fortress village

There are lots of cafes and restorants by Göksu Creek. "The Big Chef" is the very popular one, I recommend their menu and of course the view is so beuatiful from there. 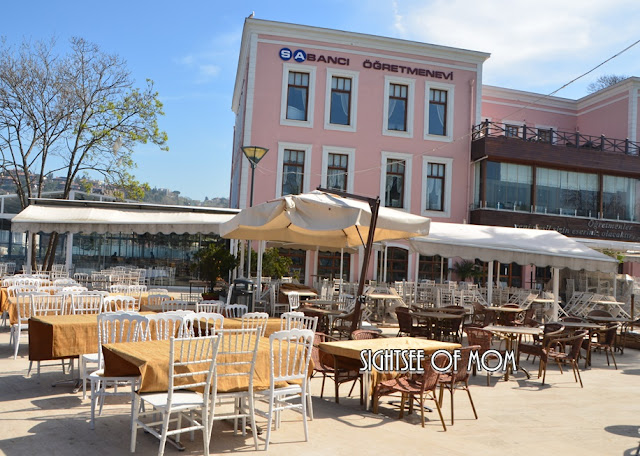 Secondly a more public one is "Sabancı Öğretmenevi". It is a more budgeted restaurants with self service. It has a perfect view for sightseeing the Bosphorus sea traffic. You can't miss the pink colored building  which is located by the shore of Bosphorus.

You will notice these two restaurants on your walk to Küçüksu Pavillion. 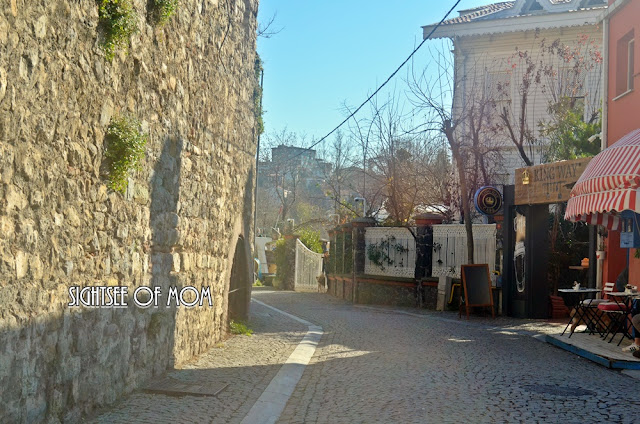 Take a boat from Besiktas to Uskudar. Take bus #15 from Uskudar to Anadolu Hisarı stop. At the bus stop you will see the creek of Göksu and Anatolian Fortress. Start your tour from there.

From Eminonu take the ferry to Uskudar and again take bus #15 to get to Anadolu Hisarı stop.

By cab from Uskudar it can cost around 40 Turkish Liras to Anadolu Hisarı (Anatolian Fortress).

Also you can find transportation suggestion from the link just enter your starting point ;) 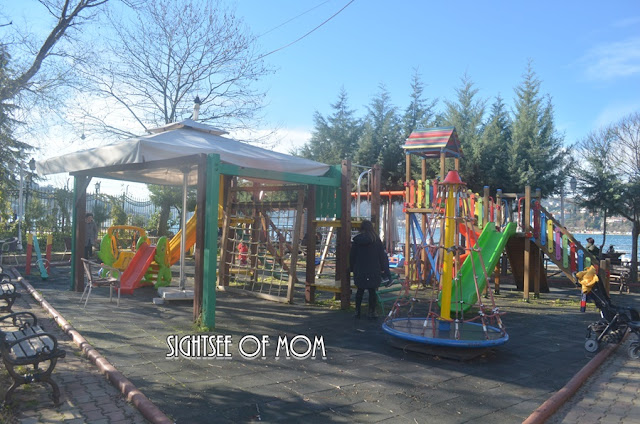 Sightsee the Anadolu Hisarı village at week days for more peaceful and relaxing moments by Bosphorus. The weekends are becoming crowdy as locals come to have brunch by Göksu River.

This tour is suitable  for families with strollers.

Have a family photo at Göksu bridge with Anatolian Fortress behind. My second suggestion is take another one at Küçüksu Pavillion garden.

Visiting Anatolian Fortress with kids will only take half day, so make sure to make your plans accordingly. However I am sure you will not want to leave the place before sunset. 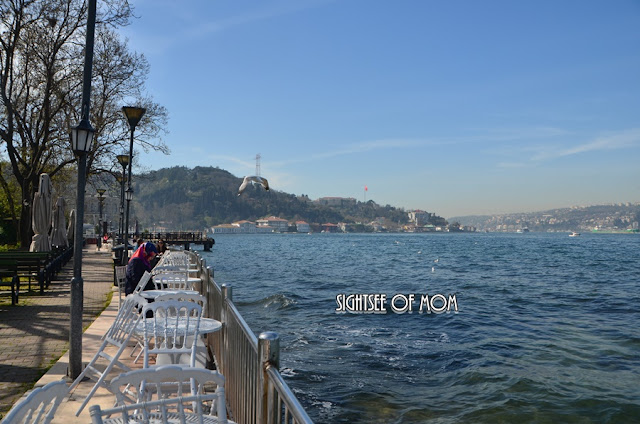 Anatolian Fortress may be not so showy as the other historical villages, as there are no much ruins left from Byzantine era. Or there are no historic churches or other pray houses. However this village whispers how the old Turkish village had been, and how people lived in Ottoman times.  Therefore the place is peaceful for locals and we just like coming here to get away from the rushy Istanbul.

So sightseeing Anatolian Fortress village is a worthy for Istanbul with the iconic fortress and of course the nature of Goksu River that you can't find anywhere else in Istanbul.

I hope you enjoy my article about sightsee Anatolian Fortress with children. Please make sure to share with your friends too on social media so that everyone can find the local tips living in Istanbul with children. 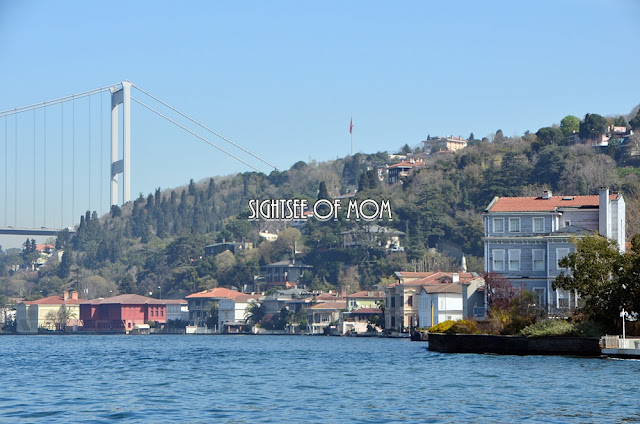 Thursday, January 31, 2019
Let me start by explaining what Gülhane Park means... It means the House of Roses . Ottoman Sultans liked to maintain the gardens by themselves and their favourite flower had been roses till the Tulip era which put real significance on history of Ottoman Empire. Gulhane Park is located at historical peninsula of Istanbul by the shoreline of Eminönü district.  The historic gardens are adjacent to  Topkapi Palace , which had been used as outer gardens of the imperial life for centuries. This park reminds me of my childhood and as reminds my mother's and her mother's too as on... I remember our picnics with my cousins and my grandfather's taking us to a zoo visit in the park in those days. Yess here I even fed a giraffe with the wood chips.  The animals of the zoo had not been cared well enough and been trash all over in those days. Finally the Municipality of Istanbul moved the zoo to Ankara, the capital city of Turkey. After then the park had been repaygas
Post a Comment
Read more