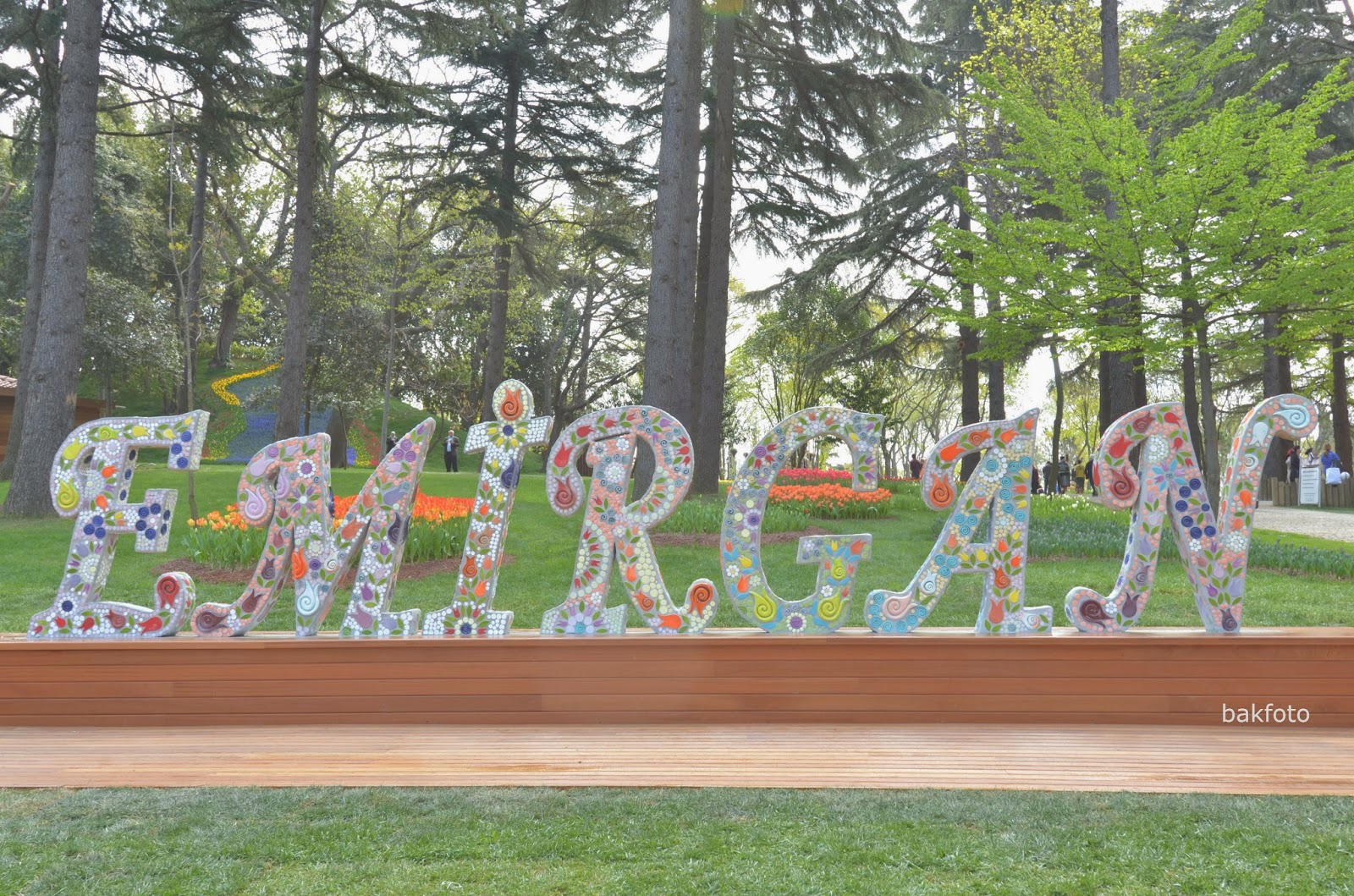 The city of Istanbul is celebrating the 9th Tulip Festival this year. Nowadays most of the wood parks, here, have rearranged the landscape architectures with several species of tulips.
The tulip was formerly a central asian flower till it had been brought to Anatolia. The flower itself been so special that even marked as an era of Ottoman Empire's history, called the "Tulip Period". It had inspired most of the architecture, eastern mythalogy, literature, motifs used in paintings and even carpets.
In 2010, Istanbul had been selected as a cultural capital city of Europe and thereafter tulip had been chosen as an emblem of the city relevant of the effects to the history's stream on this land. 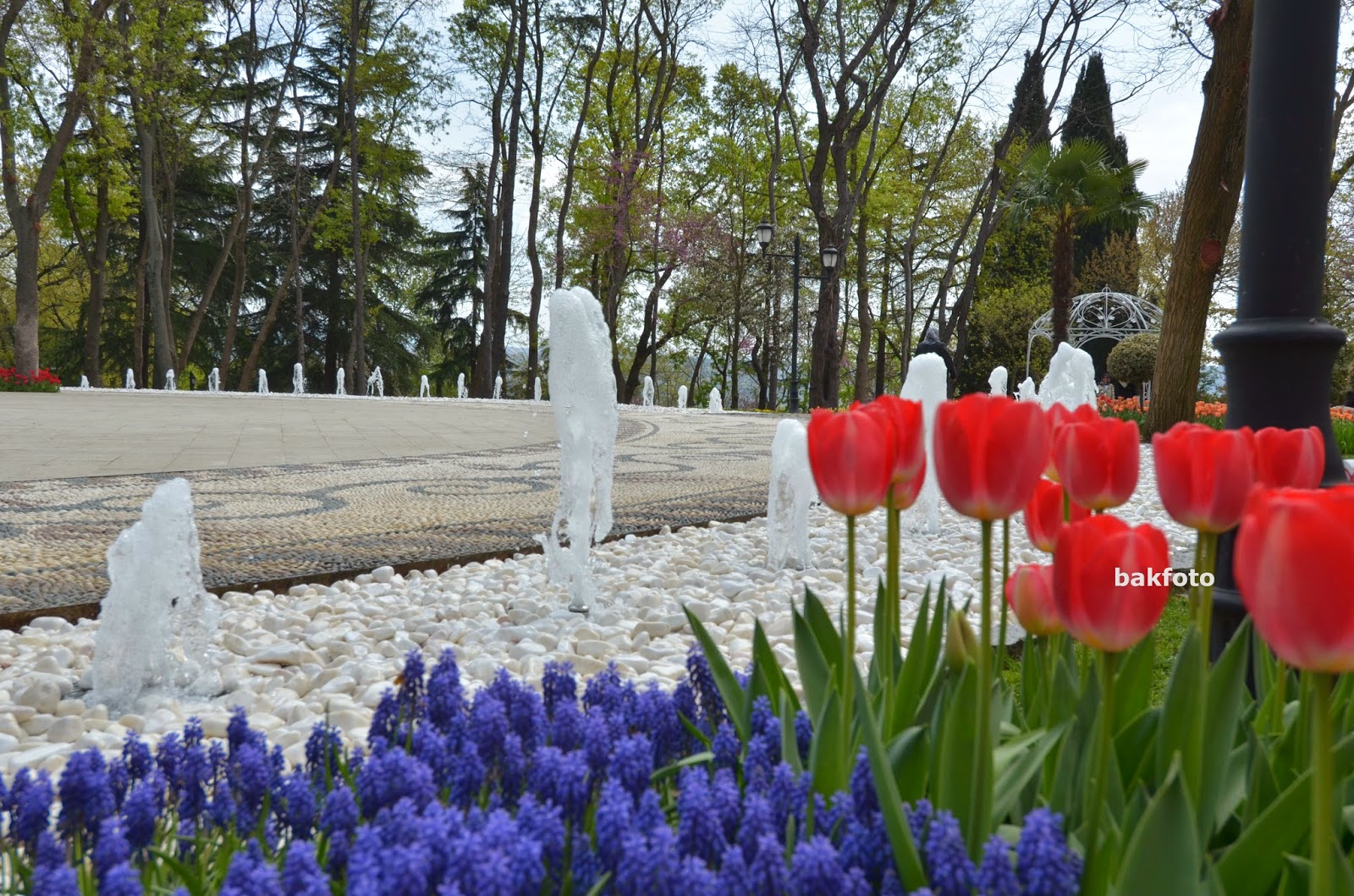 Emirgan Park is an urban historic park located at Emirgan neighbourhood in Sarıyer district of Istanbul. In the 17th century, Ottoman Sultan Murad IV presented the estate to Emir Güne Han, a Safavid Persian commander, who surrendered his sieged castle without any resistance, and followed back to Istanbul. Thereafter the place had been named as "Emirgüne", which in time became corrupted to "Emirgan". (Info from wikipedi).
Since 2006, the Municipality of Istanbul planted millions of tulips at the favourite botanic parks, avenues, roundabouts and anywhere there is ground!!! The city's look changes to a magnificent colourful festival that give delight to our eyes.


Tulips begin to bloom at the beginning of April and depending on the weather flowers for  a month.  As I mentioned before you can see tulip gardens as you take a tour around Istanbul, however the best ones I suggest you to sightsee at the tulip festival time with children are;
Yıldız Park, Gulhane Park, Emirgan Park, Beykoz Wood, Khediv Park, Fethipaşa Wood, Small Çamlıca Wood...
I chose to celebrate the festival at Emirgan Park with my children, because this year 211 different species of tulip has been planted in the wood.


We woke up very early in the morning, made our picnic basket and also my tea as well. We drove to Emirgan Park, as we entered my children got very excited and they started showing every each one of tulip... I was glad that I brought them here, they played a lot in the park, ran, and biked. We visited the White Pavilion, Yellow Pavillion and Pink Pavillion.
I tried to count the different species of tulips and took the pictures of the ones  I could notice. Finally  I only got 20 of them!!! Anyway, if you count more than mine, let me know ;))


Must know about Emirgan Park

It is tulip time in Istanbul!!! So make your plans with your children for sightseeing the glorious beauty of the most famous Emirgan garden in the city!!
Get the best memoir pictures of your Istanbul in April at Tulip Festival ;))

Thursday, January 31, 2019
Let me start by explaining what Gülhane Park means... It means the House of Roses . Ottoman Sultans liked to maintain the gardens by themselves and their favourite flower had been roses till the Tulip era which put real significance on history of Ottoman Empire. Gulhane Park is located at historical peninsula of Istanbul by the shoreline of Eminönü district.  The historic gardens are adjacent to  Topkapi Palace , which had been used as outer gardens of the imperial life for centuries. This park reminds me of my childhood and as reminds my mother's and her mother's too as on... I remember our picnics with my cousins and my grandfather's taking us to a zoo visit in the park in those days. Yess here I even fed a giraffe with the wood chips.  The animals of the zoo had not been cared well enough and been trash all over in those days. Finally the Municipality of Istanbul moved the zoo to Ankara, the capital city of Turkey. After then the park had been repaygas
Post a Comment
Read more